It was a rainy night and we had ten players. A disappointing turnout considering the weather, but that happens sometimes. It was still a nice night of chess.

Just a reminder to everyone thinking of stopping by; there is no cost what so ever to come on in and play some chess on Monday night. We do graciously take a $1 donation if you would like to donate to the Hartland Senior Center to cover the cost of the lights and building, but it is not mandatory.
So, stop on by and get reacquainted with the best game in the world. 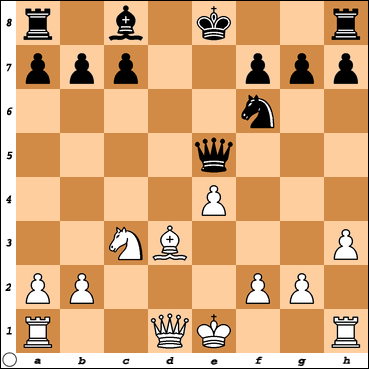 Now back to the article by IM Jeremy Silman:  Amateur’s Mind: a 1500’s Analysis:
Take a look a post back and we showed a game between Alekhine (White) and Marshall (Black) and how Alekhine knew what was important in the position and won a fine game. Here, a 1500 player (not your humble scribe by the way) takes the same position against Jeremy, and can’t hold it. The speaker is in brackets