The Club has been running every week this summer. We are averaging 10 players a night, so there is always a game to be found.

We had another new player - John M. join the club this week. Welcome John.

We have open chess every Monday night and Kid's Night on every second Monday of the month.

Starting in September, we plan either a Club Chess League or a free tournament of some kind.

We also have a continuous running "Ladder" tournament you can join.
Hope to see you at the Club! 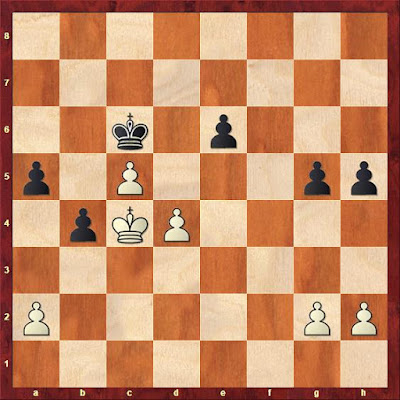 Here is an EVEN endgame where one side thinks he can push thru a win. Sometimes a draw is the best you can do.