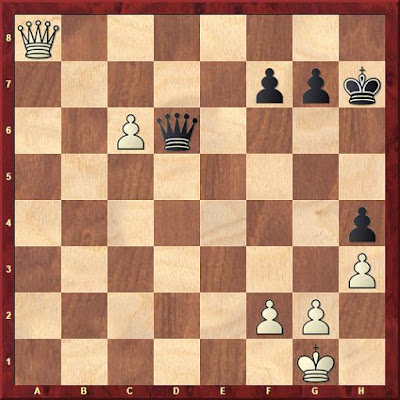 Our FREE Chess 960 tournament starts next week Monday January 22. Be here for all the fun!

Casual chess was played after some games from the 2018 Michigan Class Championship were reviewed.

These reviews of your own tournament games with members of the Club are half the fun of having played in the tournament. And it is very educational for the entire club to review them.

In addition, you get to show off your wins and get some friendly advice about your losses.
We will see some of the games from this tournament posted here for your education or in the case of my games ...laughter.

Here is a game from the 1946 US Championship. I think it was a later round game with no bearing on the final standings as both players played a little off beat. But that is why it has found it's way here. 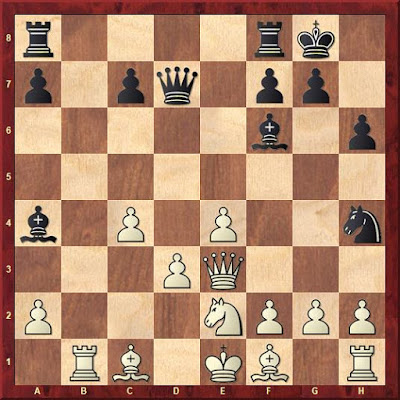 
We had thirteen players for the first Kid's Night of 2018, welcoming five new players - George M and his father along with Violet, Grant and Greg K. Great to see you here at LCCC!

Our next Kid's Night is set for February 12.

Our next free Club Tournament will be an Action 960 tournament! If you have never played Chess 960 - also called Fischer Random Chess - here is your chance!

Also there is a BIG tournament in Lansing this coming weekend! It is the Michigan Class Championships where 8 state titles are on the line. Check out the article about the tournament posted a few posts down on December 16, 2017.

There are one day tournaments on both Saturday and Sunday for beginners and players that say 'I'm not that good'. The regular tournament is a 5 round - two day affair.


Even if you don't decide to play, stop on by and check out what a real chess tournament looks like.
Jeff Aldrich is the Tournament Director and he just does an outstanding job. You will be impressed with the entire event.

Now sound advice from a Grandmaster for players of all levels:

If you are a GM/IM/Master or even Expert, you probably need to spend most of your time on opening theory.

If you are a Club Player (A thru C/D), you should work on your middle game play – pawn structure, position and tactical awareness.

If you are a Class D thru novice, you should concentrate on the endgame.

The Endgame is the most important. Learning endgames is like cheating on an exam. You know you will always be asked certain questions and you will have the answers ready.

Speaking of pawn structure, the Isolated Queen Pawn (IQP) is the most popular as many openings end up there. It is important to know the ins and outs of this pawn structure – from both sides.

And Endgame study – Rook and Pawns is the most common. Study those.

Finally, do not lose sleep over a loss. Instead be critical of your own play and see where you need to improve.
Posted by Nik Faldo at 7:16 AM No comments: