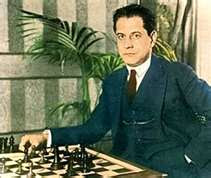 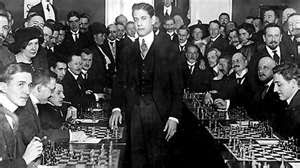 The achievements of Cuban legend Jose Raul Capablanca are honored in the World Chess Hall of Fame in Miami, Florida. He is known as the “Babe Ruth” of Cuba in Cuba.

In 2001, Capablanca, Bobby Fischer, Paul Morphy, Emanuel Lasker and William Steinitz became the charter members of the World Chess Hall of Fame. Capablanca was the World Chess Champion from 1921 to 1927. Due to his achievements in the chess world, mastery over the board and his relatively simple style of play he was nicknamed the "Human Chess Machine.”

Capablanca lost to Alexander Alekine in Buenos Aires in 1927 [ 3 – 6 = 25] Statistical ranking systems place Capablanca 5th highest among the greatest players of all time. In Divinsky and Keene’s book, “Warriors of the Mind” ranks him behind Garry Kasparov, Anatoly Karpov, Bobby Fischer and Mikhail Botvinnik, and just ahead of Emanuel Lasker.

A lifetime Cuban citizen, Capablanca never lived in Florida, preferring New York and Paris, but many of his relatives do. They moved to Miami in the years following the Fidel Castro Cuban Revolution in 1959.

In Cuba, Capablanca is still honored as a national hero. His gravesite is a must see stopping point for tourists. “Everybody knows Capablanca in Latin America,” said Fernando Capablanca, “Everybody.”

Born in 1888, Jose Raul Capablanca is regarded as one of Cuba’s greatest sporting figures ever and one of the greatest chess players of all time.

According to legend, he was first noticed as a chess genius at the age of 4 when he correctly analyzed a match between his father and a commander in the Spanish Army. By the time he was 12, he was the Cuban Chess Champion.

Capablanca captured the imagination of the world as much with his social grace and presence as with his skill on the chessboard. He served as an ambassador-at-large for Cuba and became a bit of a globe-trotter.

Pictures show Capablanca to always be a well-dressed man, impeccably groomed at nearly six feet tall with brown hair. He enjoyed the “good life” and the ladies swooned over him reports say. Capablanca also had a flair for the dramatic. During his match against Lasker, he often got up between moves and danced.

Capablanca’s chess style was very influential in the games of two world champions: Fischer and Anatoly Karpov. Botvinnik also wrote how much he learned from Capablanca, and pointed out that Alekhine had received much schooling from him in positional play, before their fight for the world title made them bitter enemies.

As a chess writer, Capablanca did not present large amounts of detailed analysis, instead focusing on the critical moments in a game. His writing style was plain and easy to understand. Botvinnik regarded Capablanca's book Chess Fundamentals as the best chess book ever written.

There are two copies available; an untouched version and an updated one by Nick de Firmian.

Capablanca died in March, 1942 while watching a game at the Manhattan Chess Club.

Hat tip to Chess Life, Robert Silk and Wikipedia.
Posted by Nik Faldo at 6:12 AM No comments:

Patience! Don’t Commit to the First Good One You See 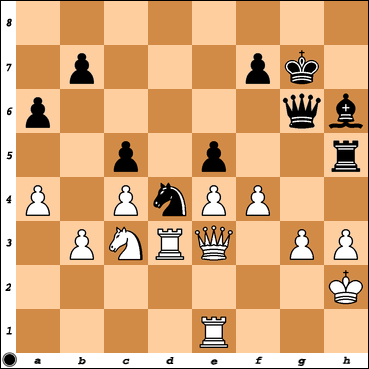 The same goes for chess moves.

There is an old chess adage, ‘If you see a good move, don’t play it. Look around. There may be a better one!”

It is the 2000 U.S. Championship and we have the Gregory Serper – Alex Shabalov match up.

I think most of our readers see that if Black plays …..Nc2, he improves to being two pawn down if White plays the expected Qd2, then .....Nxe1, and White plays Qxe1.

But I think Mr. Shabalov was not interested in an end game being two pawns down with no center control and a nearly trapped rook when he conceived of this position.

If you get stuck or want verification, email Mike at lcchess @ yahoo dot com for the solution.
Posted by Nik Faldo at 6:17 AM No comments:

Remember Our New Location This Monday! 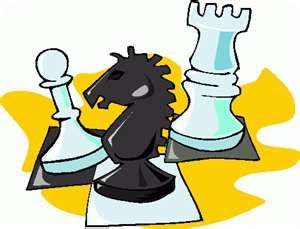 Just a reminder that tomorrow we will be meeting at the Hartland Senior Center from 6 - 10 pm.


Just west of US 23 - approximately 1 mile, on the north side of M-59. Enter on the east entrance, then continue on the drive to the west side of the building.

The door is west side, enter and look for our group. Please feel free to bring beverages and snacks. A donation of $ 1.00 would be greatly appreciated for the center.

See you there Monday night !!!

Ken
Posted by Nik Faldo at 4:06 PM No comments:

It was a simultaneous lecture and exhibition put on at a hotel near the Detroit Metro Airport on November 1, 1975. Forty players at once. GM Browne scores 34 – 4 – 2 record this day. Here is my game. 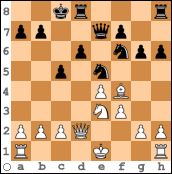 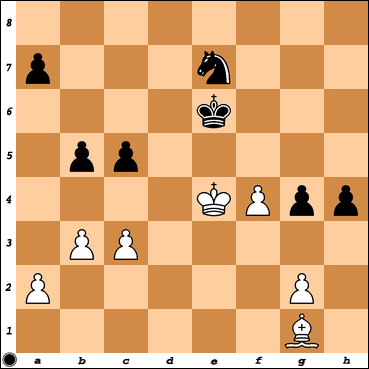 Uh..oh. There are only five or six boards alive by this time and I need more time than I am getting to keep from blundering the game away. Hey, wait a minute! Was that HIS plan?

But instead I blunder, then there is more blundering and a mop up. In my defense, it was speed chess at this point.

I was the 34th loser and the second to last game to end.
Posted by Nik Faldo at 8:43 PM No comments: 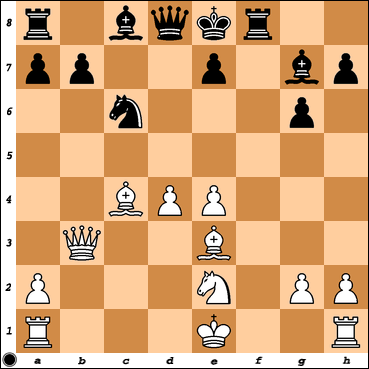 Material is even. Black sees he has a 3 to 2 majority on a critical center square, with a tasty pawn sitting there.

What exactly is it that derails Black's lunch on what looked to all the world like a free pawn?

Email me at lcchess@yahoo.com if you get stumped.
Posted by Nik Faldo at 7:56 PM No comments:

As many of you already know, we have been searching for a larger venue for our club. We have contacted Alice Andrews, the director at the Hartland senior center,

We are being asked to donate $1.00 / person, and we can bring our own snacks and non alcoholic beverages. This will give us an opportunity to see and use the venue for 2 weeks to determine if this is the move we want to make.

This will also be a good time to visit there as Barnes and Noble are in the middle of the holiday season, and as we found out last week, tables were not too easy to find. Please send a confirmation if this will work for you. If you have any questions, please contact me by email, the club by email (see title block for email addresses) or comment here on the blog.

We will still be meeting at Barnes and Noble (and Buffalo Wild Wings in reserve) this Monday, Dec. 5 from 6 - 10 pm.
Posted by Nik Faldo at 2:14 PM No comments: 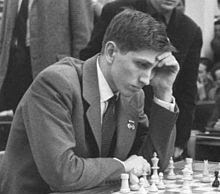 It was a 2nd place finish in a tournament in Bled, Yugoslavia in 1961.

Mikhail Tal won it with a 14.5 in a twenty player field. Fischer finished 2nd alone with 13.5, even with the victory over Tal. Gligoric, Keres and Petrosian shared 3rd a full point behind Fischer. Bobby was the only player in the field to emerge without a loss!

Grandmaster Larry Evans said at the time, “Fischer has shown beyond a shadow of a doubt that he is a contender for the world title. He has single-handedly broken the Russian iron grip on chess supremacy.”

Bobby Fischer hated the Russians when he was eighteen, not the United States. That came later.

Bobby had boasted before the tournament that he would, “beat all four of the Russians in the field (Geller, Tal, Petrosian, and Keres).”

Paul Keres teased, “That is impossible. You beat a Ukrainian, a Latvian and an Armenian. That only leaves me, an Estonian.” Fischer only managed a draw against Keres, who obviously was trying to lighten the mood.

Paul Keres is another in a long list of tragic stories in the world of great chess players. Maybe being a "wood pusher" is not the worst thing in the world to be.

Fischer responded to reporters upon hearing Keres quipped statement, “I don’t care what state you come from, you are all Russians to me.”

Bobby Fischer later turned his rage against the United States for denying him the opportunity to play a re-match against Boris Spassky in 1992.

He defied the United States government, played the match - and never returned to his native country ever again.

Talk about a “lose-lose” negotiation. More like an “everyone loses” negotiation.
Posted by Nik Faldo at 7:54 PM No comments: