It was a nice night of open chess and some lessons given.

The exciting news was the announcement of our next event on April 13th!
Pre-register by email or stop by the club for casual chess on April 6th.

This means the most any game can take is a half hour (30 minutes). This is the perfect opportunity for players of any strength to get into a chess tournament and have some fun.

In the later rounds, you will be playing players within the same strength category you are. So have no fear, you will have fun every step of the way; either learning by losing or something or teaching something by winning.

Rounds will be (close to this anyway):

The tournament will definitely be over by . So, this is a chance to get a lot of exciting chess in one night! Get registered as soon as possible!

And now a puzzle to solve. White to play and either win or get a nice advantage. You tell me which it is!
Posted by Nik Faldo at 7:04 PM 1 comment: 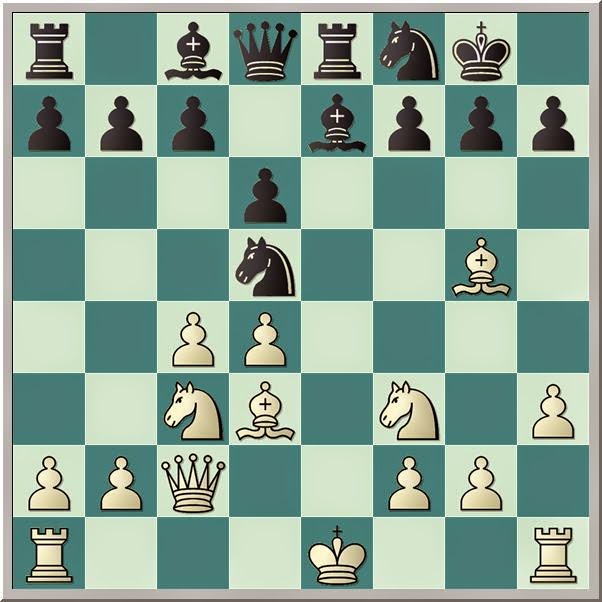 We had ten players on this casual chess night. It was a great night of chess and conversation.
We have another tournament of some kind starting soon. Stop on by for details.

April is a busy month at LCCC. We have our membership drive, then the nominations for officers and then the elections. Feel free to stop by the club and volunteer to get involved. A club is only as good as it's members.

Now a puzzle. Fair warning: It's a toughie. Black to move and really improve!


A casual chess night with eight players. A little calm after the exciting Club Championship

Casual chess can be a semi-serious practice game, as long as you don’t mind the chatter of the other club members doing other things.

Those can be lessons, reviewing games, discussing openings or endings, playing a real casual game where the game – among other things are discussed during the game.

Conversations about anything could break out, and not even chess related!
We have events planned for later here at LCCC. But in the mean time, come on by for the ‘casual’ chess events – like our continuous Ladder Tournament!
We now present a game played by two 2300+ rated players in the 1930 Toronto Chess Championship.
As you will see, even their play is not always stellar either. They error as do us mere mortal players.

White had to swallow the bitter pill and take the pesky knight(-5.5). Now a pretty queen sacrifice to end it. Can you find it?

Exciting End to the Club Championship 2015

We have a 2-way tie at the top!
How cool is that?
Scott Marvel and Tim Ritter all finished with 3 1/2 points out of 4 to tie for 1st place.
Congratulations to both of you.
Gene McClure and Paul Mills finished 3-4 with with 3 points each.

We have many exciting events planned here at LCCC.
We still have a 960 tournament and a Speed tournament on tap.
We also are considering a Bughouse tournament!

If you like chess, no matter what your skill level, you have to be here!

Nine Players on Yet Another Cold 2015 March Monday Evening

We had nine players tonight – including our former club Vice-President!

Ken Lambdin stopped by to say hello, and to let us know his surgery went well. God answered our prayers there!

Get well quickly Ken, so you can return to top form at the chess board and on the fishing boat!

One Club Championship game was played early. Tournament Leader Tim Ritter’s wife is having her baby next week. Congratulations Tim on child #3!

Well, I guess that is a good enough reason to play your round early. I will keep the results of the game a secret until next week’s post.

Your author got his first opportunity to play a chess variation called “Bughouse” and wow was that fun and exciting! As Aaron J explained, “It is the only real team chess format.”

It goes like this; two chess boards. Your teammate has the opposite color chess pieces that you do and a different opponent on the other board. But you are sitting next to each other, and can communicate with each other. You cannot suggest moves, but you can tell your partner to speed up or slow down his play, or flat out tell him “I need a knight right now and I win the game!”

Because what happens is when one teammate captures a piece on his board, he gives it to his teammate – who can then add it to his board on his move!
Very exciting and a whole lot of fun!

Now for the game of the week:
This game appeared in Chess Life many years ago. It was a tournament game between two players in the 1500 to 1700 rating range.

The notes are from the winner (RL) with the White pieces. Also some notes as annotated in GM Lev Alburt’s (LA) column from May 2003. Igor3000 (I3) will also make some comments. Enjoy this entertaining and educational game. 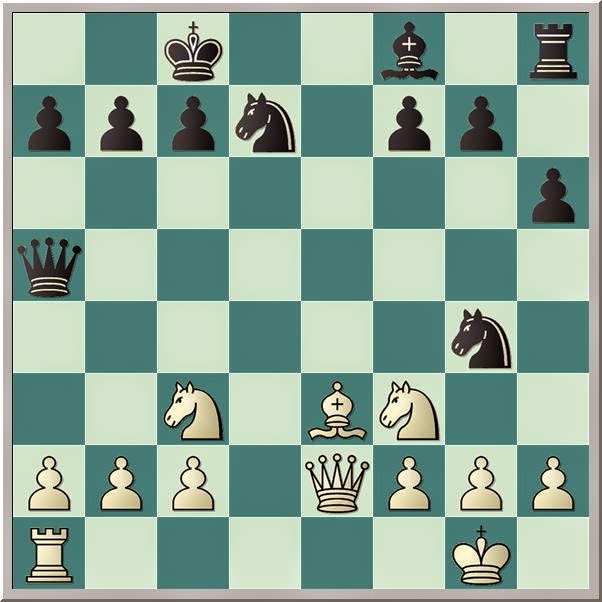 15. Bd6!??     ……
RL: This move is not sound but it did shock my opponent. The undefended bishop is attacked by four pieces and only one can capture without the direct threat of mate. [+.8]

LA: Your goal is correct, but your method was faulty. 15. Bxa7 [+1.4] has the same effect and wins a pawn besides. But, shock counts for something…..sometimes.

17. ……          Qf5??
RL: The losing move. My opponent had not recovered his composure from my 15th move. 17. Ngf6 give Black winning chances.
LA: I don’t think Black has winning chances with Ngf6. White gets three pawns for the piece and it is a very complex situation.