This Coming Monday at BWW! And Why Chess is Always Facinating

See you at Buffalo Wild Wings in Brighton this Monday March 29 at 4pm until whenever. The basketball tournament on TV may make us have to abandon our tables if they get too crowded......or we may have to order more bee,..eh, ......food. That's right......food!

Here is a game which shows why chess is the greatest game known to man. No one can make this stuff up!

It was GM Vladimir Kramnik vs GM Mikhail Ulybin in Chalkidiki, Greece in 1992. Here is the position: 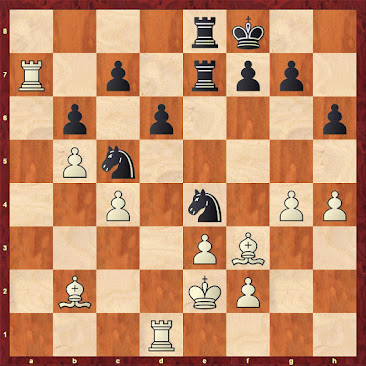 Here are the annotator Rudy Blumenfeld's notes. My notes will be in ( ).
The White rook at a7 is inside Black's        position and the dark-square bishop has a great diagonal. But there is no coordination between the White pieces. However, things are about to change quickly!
36. g5 !!

(When I saw the double !!, I had to have Igor3000 take a look at this to see if Kramink had found a 'computer' move, as he is certainly capable of computer-like chess genius.

Well, Kramink did not make the best move according to Igor - who studied the position for 15 minutes and going eleven and half moves deep. Igor says 36. Bg2 was best giving White a .89 of a pawn advantage.

Igor then informed me that Kramnik's move was not the second best move......Bh1 was ....giving White a .88 pawn advantage. Well where was g5? After all, that move got a 2x ! by the annotator. Granted, maybe Rudy did not use a computer or the computers available to chess writers were not very strong in 1992. But I had to see how far down 'g5' was on Igor's totem pole of best moves.

Well, it was not 3rd as Rb1 gave White a .86 pawn advantage. And meanwhile, Igor has been looking a million moves deep a second for 20 minutes now!

It was not even 8th as Ke1 still left White with a .81 advantage.

THIS is why chess is the greatest game ever! So many possible moves. All good, all still winning, all perfectly fine for White, and all will send Black on a different mission to find his best reply. You just have to LOVE this game (and it is a gift from above) of chess!

At #9 is 'g5' with only a .79 advantage for White. Kramnik did have a plan for growing his advantage to victory, and it is a very 'human' plan of using the open h-file for his rooks. If only his opponent will blunder just a little, a win is possible.

And this is all the side with the slight advantage can do, is to keep making solid and forcing moves and wait for your opponent to slip up, even ever so slightly.

Or, do what I usually do, and toss the advantage out the window and then beg for a draw!)

By threatening mate, White brings the rook along the open file with tempo (a move gainer).

(Uh-oh for Black. Again the most natural move as you would want to leave the one Knight in front of your embattled King, but 40. ...Nge6 was better. Now White has a +2 pawn positional advantage. And 40. .....f6 was even worse for Black. Kramnik needs no more help to get this win.)

Now the diagonal c4-g8 has been weakened.