LCCC Meets Next Oct. 11 - Casual Chess and Rd 3 of Tourney - and Blitz Chess is Good for You! 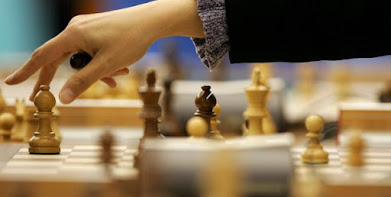 Round 2 of our 2021 Club Championship was played, along with some casual chess.
There were thirteen players in attendance.
We hope to see you there on Monday Oct. 11, 2021 at 4pm until 10pm.

Don't worry about our tournament as there will be plenty of time and players around for casual chess or lessons. That is what we do.

Here are the pairings for the tournament round #3 on Monday Oct. 11:

Good luck to all and have fun!

Now for an article your humble scribe never thought he would write:

First the definition: Blitz Chess – a chess game played with a chess clock where each player will usually have between 1 and 9 minutes on their clock (usually 1 to 5 minutes) to finish an entire game before their clock time expires. Whoever has the clock that runs out of time first – loses.

Some have always said Blitz Chess is a miracle worker as a chess teaching tool.

Some have said it is a poison that builds a bad habit in a player of making quick, aggressive moves that have no substance behind them.

I was in the latter column as a chess teacher and as a player. I rarely played speed chess for that reason. I felt I moved too fast and didn’t work hard enough to analyze a position as it was. Why would I play a chess variation that made me play faster and think less than I already did?

But now, there are volumes of speed games being played on-line by players. These players had chess ratings in ‘normal’ chess before playing hundreds if not thousands of speed games. And now the ratings of these same players in normal chess can be compared after all those speed games have been played.

Imagine a 7-year old playing in a nine round blitz tournament on Tuesday evening on-line at home. On Saturday, this same child plays in a Game 45min tournament. Instead of using his time wisely, he moves very quickly, while his opponent takes their time. Our blitz child quickly blunders all his pieces and loses. And if our speed player doesn't blunder, his opponent took his time to prepare, wards off the weak attack of our Blitz player, then counter attacks to an easy win. That is what I thought would happen.

But is that really what will happen? Or would it be fairer to say that the Blitzer’s will have a newfound ability to condense his thinking when needed, and already avoid moves he has learned are poor from so many past games. And what happens when the 45 minute game for both players drop to under 10 minutes left on the clock? Now which player is in better shape to handle the situation? The player who has never played blitz, is now is being called on to do just that. Now who is the favorite?

Data is showing that players who play blitz regularly, improve quicker than players who do not. Here are the list of positives for playing blitz chess:

Ø  You learn to budget your time better

Ø  You learn to make decisions faster

Ø  You can try out new openings and traps in openings without worrying as much about results.

Ø  Blitz is fun and that makes learning fun!

Ø  You learn to re-evaluate quick changes in chess positions

Ø  You can play many games in a much shorter period of time, and that is all good practice time

Well now they tell me! This information would have been a lot more helpful to me 50 years ago! But that is OK. I will be very tough to beat in the next 50 years.