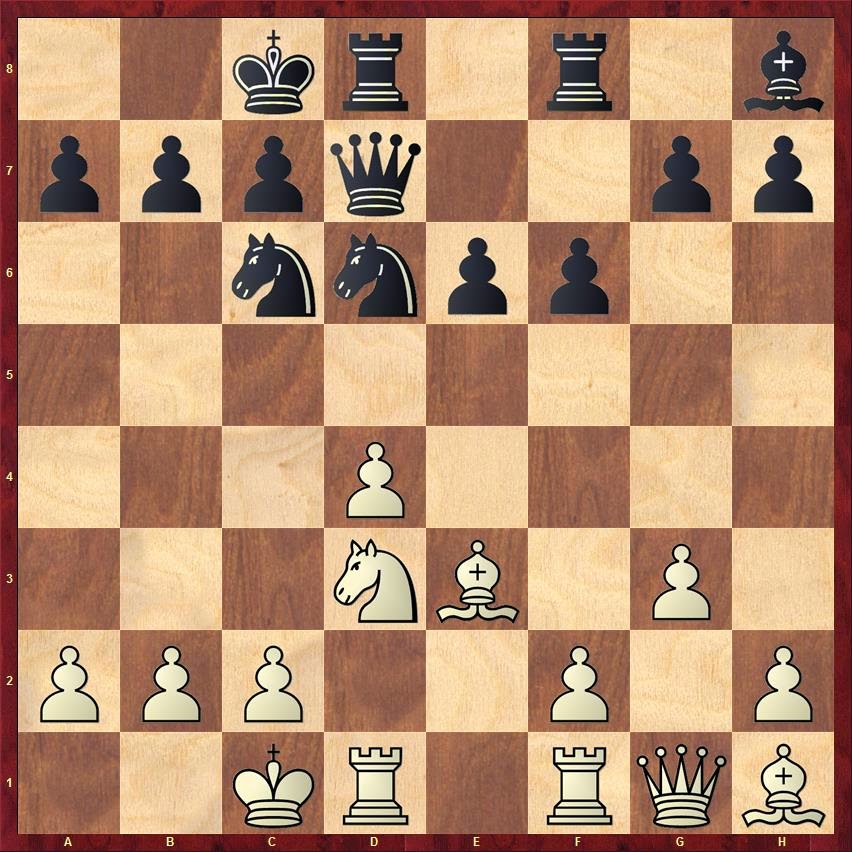 White always has a bigger opening advantage in Fischer 960 chess. But White has been able to push that positional advantage to a full three pawns!
Where is the advantage you may ask? Well, White has two bishops active in the game. Black has none with his black-squared bishop buried on h8 behind his own pawns.
White’s knight can attack Black’s queen, while Black’s knights can attack nothing of that high a value. These little advantages good players notice, and then use those advantages before they disappear. (+3)