The LCCC Summer League got 26 players! We even added to our membership as James K. joined our league. Welcome James!

The league schedule, the league standings and the Team Lineups will be posted here very soon. We did have a few postponements as some players could not make the League Start night. Twenty-three players total were in attendance.


Our next league night is May 5th, so next week is open chess night! Stop on by and get your chess on.


Feel free to stop by on league night too, and either watch the action or play the folks not in the league or who's games were postponed.

We had five such members this league night. So you can always find a friendly game at LCCC!

Now back to our lesson. 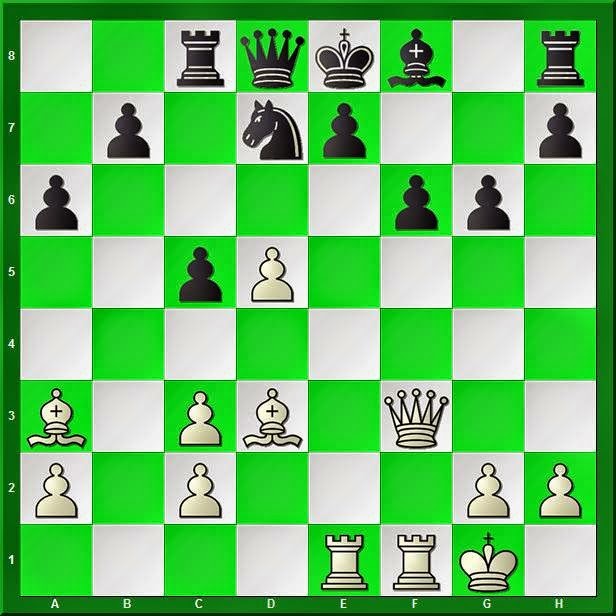 We left off with a homework assignment.

You were suppose to come up with the best move for White in this position.

The lesson here is to refrain from playing "hope chess" or "wish chess" - where you choose your move based on your opponent playing the absolute worst move - so you can spring your little trap.

But what happens when your opponent makes a strong move instead of the dumb one you were wishing for?

The lesson is to always attempt to play the best move possible.

The best move here for White is  Bf5!

Now the response from some will be, "Hold on wise guy. You just told us not to 'hope' for dumb moves from our opponent, like ....gxf5, so we can play Qh5 mate! Now you are saying that Bf5 is a good move?"

Well, yes - because that bishop is heading to e6 next move probably, locking the Black King in the center of the board and cramping his position miserably.

Black cannot stop this manuever of the bishop and putting the knight or e-pawn to e5, still leaves White with Rxe5!

Yes, Bf5 has the cute little trap of gxf5, but that was not why White played the move. THAT is the difference.
Posted by Nik Faldo at 10:33 PM