The standings and next scheduled round are now posted on the right side of the blog. It would have been up there sooner, but the main Blogger site has been having issues. But its currently working - for now – so it’s there.


We have a lot of exciting things happening – or trying to happen – at LCCC. We will have a Fischer Random Swiss tournament – running on two nights – Nov 4 and Nov 18.


Fischer Random is where the pieces are randomly placed behind the pawns, so the opening books are thrown out the window. It’s different and fun, and we are planning on a real loose atmosphere for this thing. Please sign up at the club, by email or join by comment on this blog. That’s what the blog is here for.

Also, on December 9, FIDE Master Seth Homa will be at LCCC for a simultaneous exhibition. This will be a fun event and a chance to play one of the players in the state.


Register as soon as you can as seats are limited.

And now Bobby Fischer’s number two grandmaster on his 1962 list. 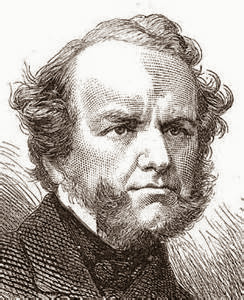 “ was the most profound opening analyst of all time. He was more theorist than player, but nonetheless, he was the strongest player of his day.

Playing over his games, I discovered that they are completely modern; where Morphy and Steinitz rejected the fianchetto (bishop), embraced it. In addition, he understood all the positional concepts which modern players hold so dear. So, he must be considered the first “modern” player.

Besides his standardization of the chess set, ’s fame rests with four important textbooks he wrote: The Handbook, The Chess Companion, The Chess Tournament, and Chess Praxis.

appeared to have been afraid to meet Morphy over the board. And I think his fear was well-founded. Morphy would have beaten him, but it would not have been the one-sided encounter many chess writers envision. It would have been a great struggle.

did not beat weaker players as easily as his contemporaries did, and few games show brilliancies. But when Staunton would fianchetto his king’s bishop playing the black side of a closed Sicilian Defense, his opponents had no concept of what he was doing – so, consequently, were generally wiped off the board.

These were not just “fish” but the best players of his day.

deserves to be on the Top Ten list of the greatest players of all time because of his insight, especially in the opening and the great wealth of book knowledge that was his.”
Posted by Nik Faldo at 10:48 PM