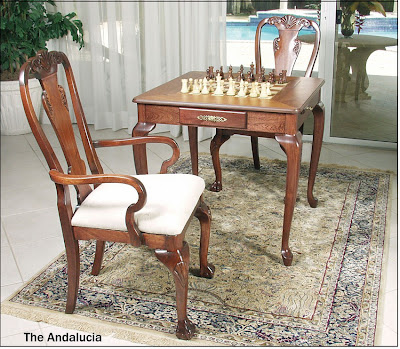 Another fun night at LCCC. Thirteen players made it on a cloudy, sprinkle rain evening.

It was nice to see Harry C. and Jewell M. also stop by from the GCCC.

One very tough ladder game was played as Mike N. moved up and will be challenging for the top spot. Of course he has great players ready to climb past him also. Oh, the trials and tribulations of the Ladder!

If you are not yet on the Ladder, get on it! If you are on it, get challenging people. It’s the best way to meet and greet your fellow LCCC’ers.

It was a quiet election night. Probably the quietest election ever held outside of a mafia Don hit list decision.

But quiet is good and fits where the club is as a group. More on that later in the week as I will post an article proving that everything is proceeding - normally - as our club starts to grow.

We had an election to fill the HUGE void left when Ken L. stepped down as Club Manager. So to get started on starting a committee to set some club by-laws, some structure is required. Much like our nation’s 1st Congress, we need to make sure everyone is heard, but that someone leads that process.

With that said, here are the election results:

In a landslide and un-opposed, Vince V. remains our Secretary/Treasurer. However, he will try to convince Ken L. to take the Secretary spot. If not…..someone expect a tap on the shoulder from Vince!

Mike N. (blog master) won a close election for the Vice-President spot. Now who is the President I will work to undermine………….uh, I mean work closely with…. to advance the club?

Well, we need a run-off for that! Aaron J. and Terry G. tied for the office of President!
Vince V. will be sending an email to all voting members (based on attendance). Vote by email, or vote next Monday at the club. But be sure to vote!

The next step will be asking for volunteers for the committee to build the club by-laws.
Moving from a group that meets at a spot - to an organization that moves forward - is a little stressful. But we all have the same goal – to grow into the best chess club in the world!

We have the talent to do it. Everyone hang in there and be tough. We will get there.