A very nice evening of chess, even though attendance was down. But with a beautiful summer night outside, it is to be expected sometimes. But the air conditioned LCCC chess hall was comfortable also.

Here is a game played by Don M with Black and on line. Don has a conservative style that lulls his opponent into a false sense that there is no danger in the position. Then....the trap springs with one misstep. 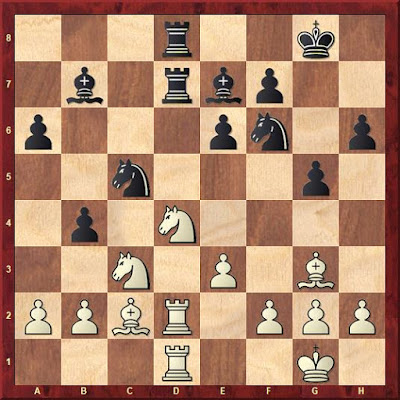 Come on down to the Chess Club on Monday nights!
Posted by Nik Faldo at 6:35 PM